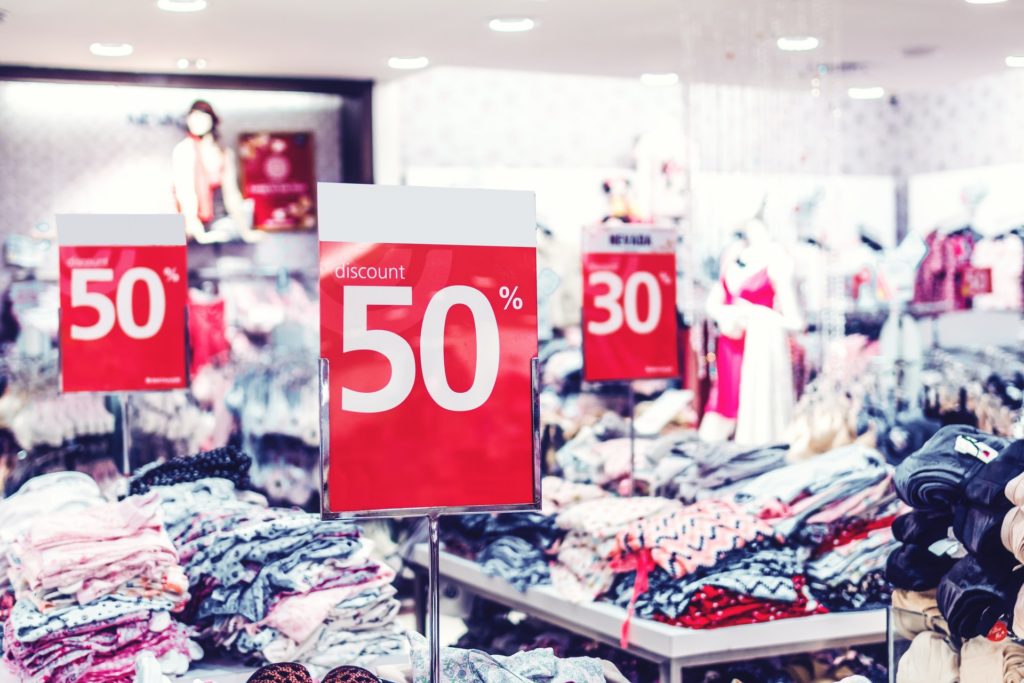 A major change is coming for retailers: An amendment to an EU directive will lead to significantly stricter rules on how discounts can be communicated.

In 2019, the European Union adopted the so-called Omnibus directive (Directive 2019/2161 EU), which amended and supplemented several directives on consumer protection. In addition to the challenges created by the coronavirus epidemic, this will mean further changes in the near future, and particularly businesses active in retail need to be aware of them. For example, from 28 May 2022, new rules will apply to sales, and more precisely, to consumer communications on discounts.

Changes from May 2022 and their objectives

The objective of the new rules is to prevent consumers from being misled by artificially inflated “original” (before-promotion) prices and their unrealistic percentage discount. Whenever a price reduction is announced after the new rules have come into effect, the previous (original) price will have to be indicated alongside the selling price. The original price means the lowest price that was charged by the business during a specific period (minimum 30 days) before the price reduction. If the product has been on the market for less than 30 days, the minimum period is shortened to 15 days instead of 30. An exception should also be made for cases where the price of a certain product is continuously decreasing (in a so-called “progressive price decrease” where, for example, a first 20% discount is followed by a 50% discount and so on), the last price before the first discount will qualify as the original price. Therefore, in such cases, the 30-day rule will not apply. The new rules will not affect products that are perishable or have a short shelf-life.

It is important to note that the new rules, as well as most of the provisions of the Government Decree regulating price indication (Joint Decree 4/2009 (I. 30.) NFGM-SZMM, which has already been amended by the Hungarian government on the basis of the Directive), only apply to the price reduction of products (goods) that are offered for sale. Price reductions of products must be communicated in accordance with the new rules, regardless of whether the sales channel is online or offline. However, price indications related to the provision of services are not covered by the new rules.

Additionally, the new rules state that the communication of price reductions must be differentiated from the advertisement of other discounts (general quantity discounts or discounts not linked to price).  The restrictions only apply to communications that advertise specific, measurable price reductions, but do not apply, for example, to the use of the slogan “best price” or the promotion of a 50% discount on a second item, 1+1 deals, or fidelity rebates. Whether such discounts comply with consumer protection law will continue to be assessed on a case-by-case basis in accordance with the provisions of the existing consumer protection rules (Act on the Prohibition of Unfair Business-to-Consumer Commercial Practices and the UCP Directive).

Questions and concerns about the legislation

The new rules are not exactly straightforward at first sight, and businesses may have legitimate questions about how the change will affect their existing price indication practices. For example, questions may immediately arise as to whether it is legal for a trader to include a best-selling product in successive promotions. Under the new rules, it does not seem to be possible to advertise a product as a special offer in a Cyber Monday campaign if the retailer has already offered a significant discount during a Black Friday campaign that started few days before. In the Cyber Monday campaign, the reference price will be the Black Friday price, which is the “lowest price” of the 30 days prior to the campaign.

It is also questionable how long a product can be advertised as “on sale” at a discounted price before the discounted price becomes the “original” price. The Directive does not include any rules on this matter, and in our interpretation, the Act on the Prohibition of Unfair Business-to-Consumer Commercial Practices and the Hungarian Competition Authority’s (“HCA”) practice will continue to apply in this area, so it is worth paying particular attention to these issues.

It is also unclear whether the new legislation will cover the price indication practices of outlet stores, as the special feature of such stores is that they display alongside their own prices – which are lower than the average market price – the recommended retail prices, i.e. not their own prices, as reference prices. A similar issue arises with the use of the so-called “launching prices”, where a new product is promoted by being made available at a reduced price for a short period after its launch. In our view, both practices are beneficial to consumers and discount advertising provide useful information to them, but it is questionable whether traders will be able to use this type of price indication under the new rules from next May.

Several organisations have asked the Commission for guidance on the interpretation of the new rules to make life easier for businesses and to ensure the proper operation of the European Single Market. Besides the different possible interpretations of the rules, the Directive itself leaves room for the application of different national practices by requiring only minimum harmonisation from the Member States and by allowing them to impose stricter rules in their national legislation than the rules set out in the Directive. Moreover, Member States can decide whether or not to transpose the exception of the progressive price decrease rule into national law. Similarly, Member States may apply different rules to perishable goods. Different rules usually do not help equal and fair competition between businesses, whether inside or outside the EU. At the global level, non-EU companies that do not have to apply rules on discount communication may acquire a competitive advantage over EU companies. This is why it will be important to see how Member States transpose the provisions of the Omnibus Directive into their national laws.

The role of the Hungarian authorities in price indication:

It is also worth noting that the HCA has recently addressed the issue of the indication of the original price in a number of decisions. In the eMAG case, the HCA found that the company had not exercised appropriate level of diligence in establishing and monitoring its price indication practices and it could not verify that it had at any point actually charged the original prices displayed during promotions. In order to reduce the fine and facilitate future compliance, the HCA accepted the company’s commitment that, when communicating the original prices and percentage discounts, it would start applying the new rules before transposed rules of the Directive were to come into effect. In the so-called “Hut” case, the HCA also found that the percentage discounts advertised by the company were untrue, because the original price against which the discount would make sense could not be identified with regard to many products or the original price was only applied for a very short period of time. An interesting aspect of the case is that the HCA did not find Hut’s commitments acceptable, even though it promised to bring its price communication practices in line with the Directive, very similarly to eMAG. The Authority argued that these rules would have to be implemented by all businesses in the foreseeable future and that market participant should be prepared for this anyway.

The key role of foresight and preparedness

It is therefore clear that it is good idea to find out more about the legislative changes and be prepared for the requirements that will apply to communicating price reductions from May 2022. In the future, particular attention will have to be paid to the expectations of the HCA, while business practices will of course have to remain fully compliant with the provisions of the Act on the Prohibition of Unfair Business-to-Consumer Commercial Practices and the UCP Directive. Due to the complexity of the new rules, all traders are advised to seek expert legal advice, as corrections imposed by the authorities can be very costly. 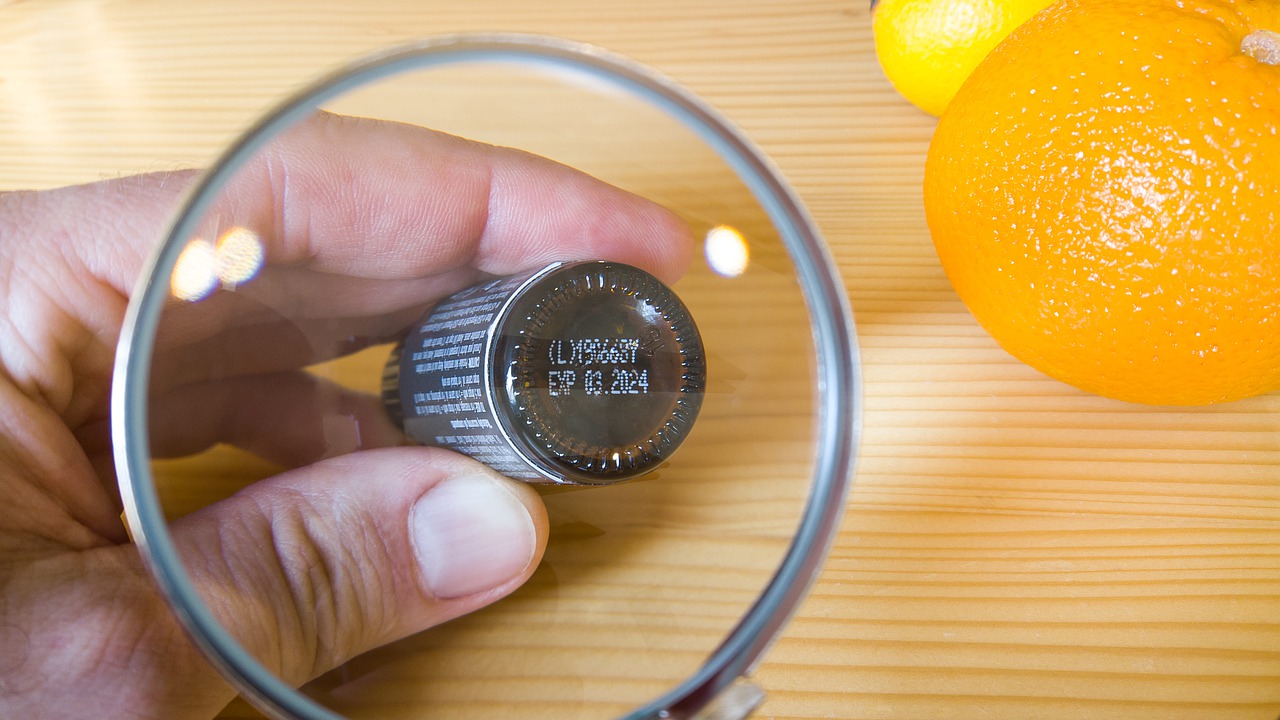 Reading time: 3 minutes he Ministry for Innovation and Technology has published its program of consumer protection inspections and audits, known as the “uniform inspection program” or “UIP“, for 2022. 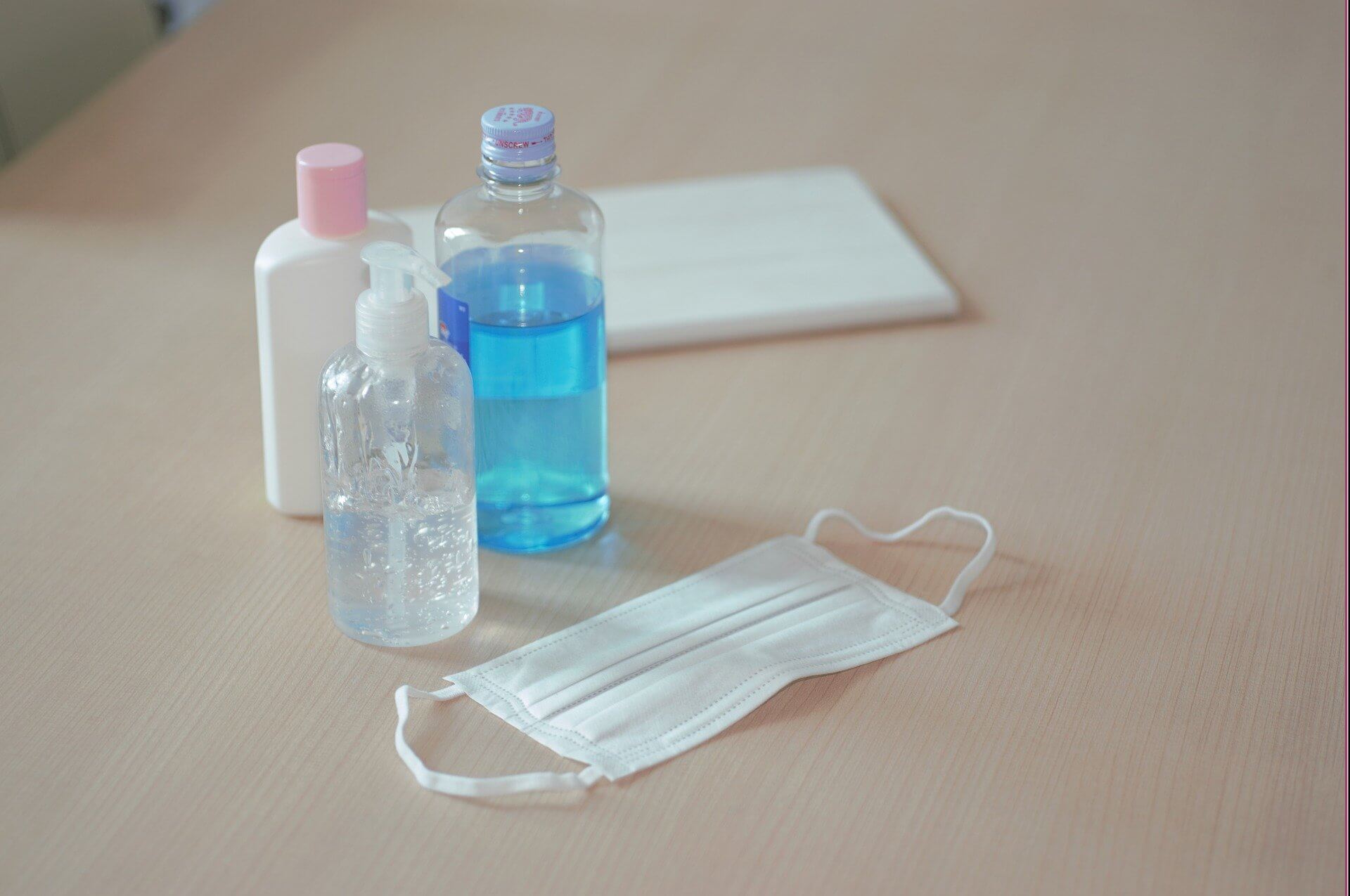 Wonder products, fake bio goods and masks are the focus of consumer protection investigations this year

Reading time: 3 minutes The Ministry of Innovation and Technology published a 48-point list showing what industries and products will be scrutinised this year. It’s a good idea to 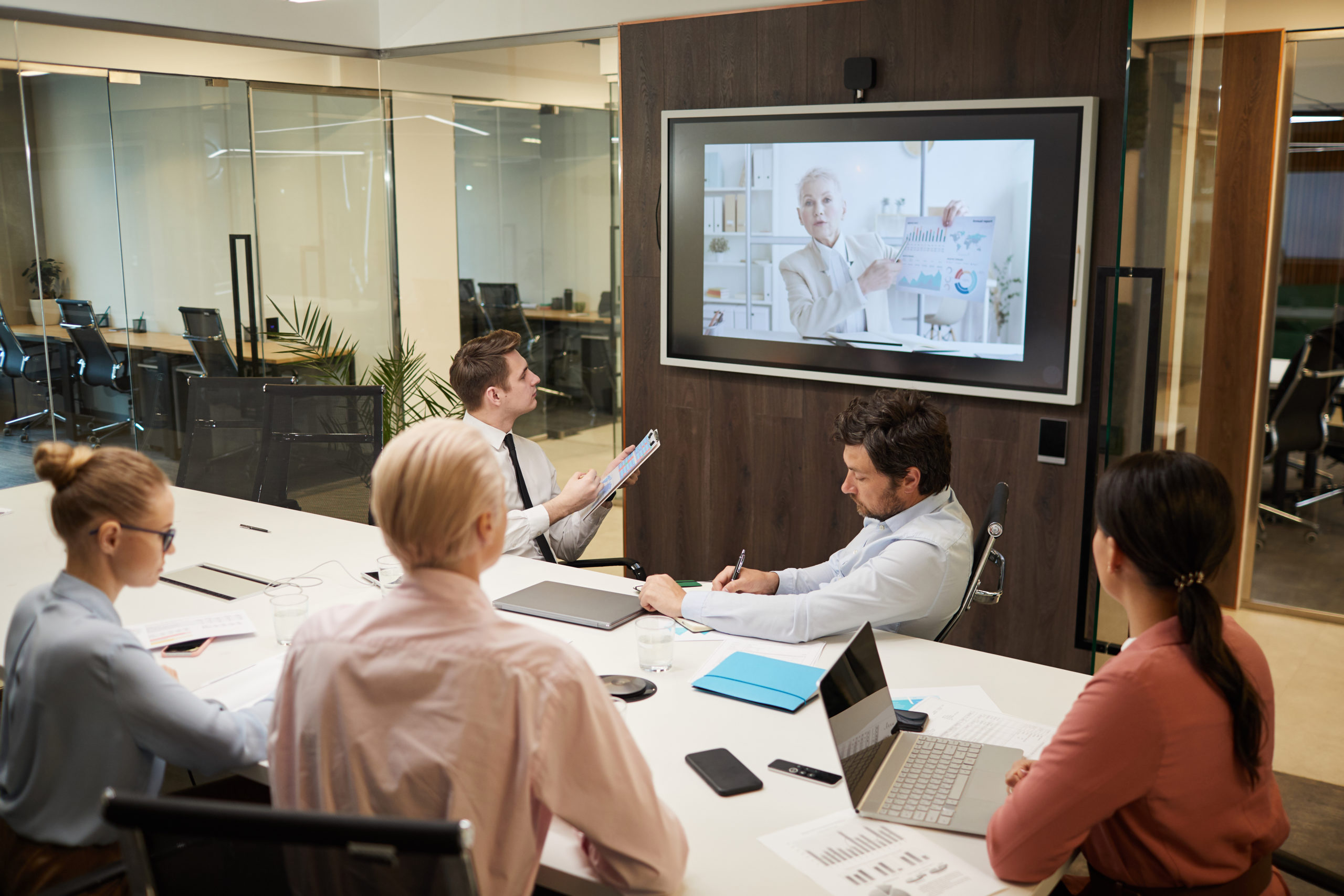 Forum for corporate counsels with presentations on consumer protection 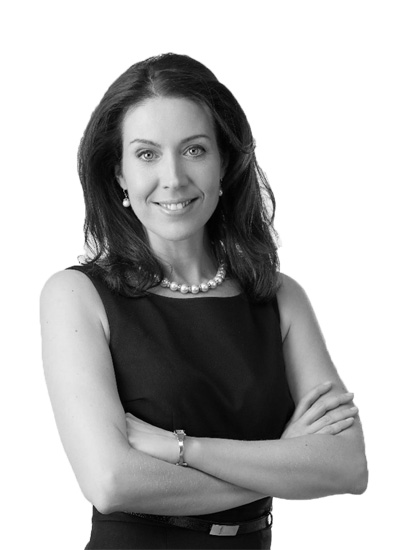 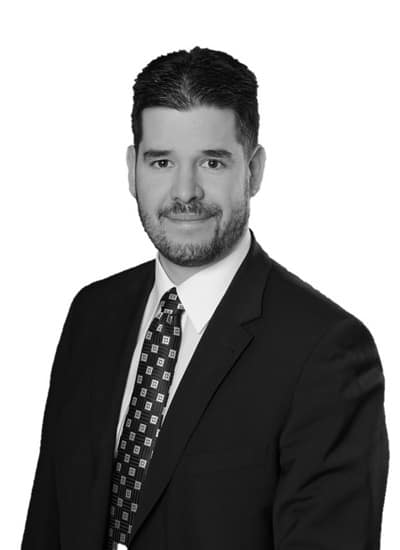 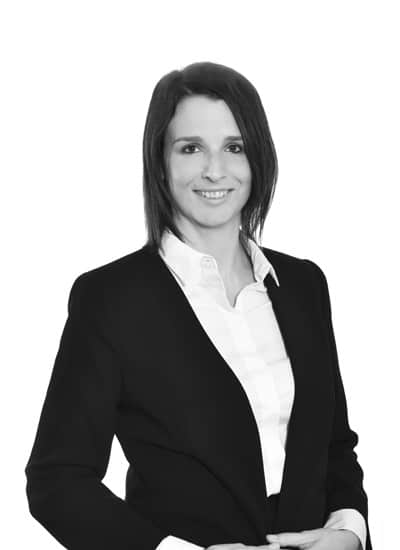 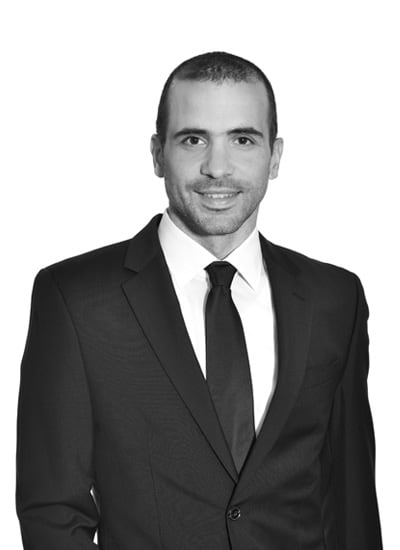 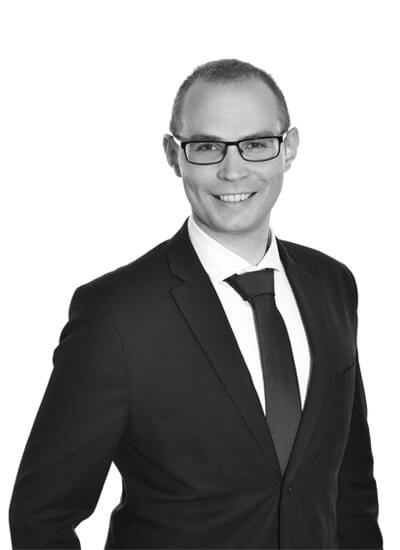 If you want to continue to use the website, you will have to accept the use of cookies. More information